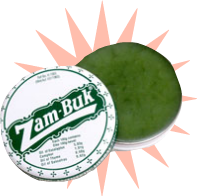 Zam-Buk is one of South Africa’s oldest and most trusted products. Locals use it for everything from treating minor cuts to healing chapped hands and soothing muscular pains. We like to think of DO Productions as a bit like this helpful favourite.

Do a bit of reading about MARLOW DE MARDT

Marlow de Mardt is a passionate, fastidious and dedicated film producer with over 20 years of international experience. Highly respected, her considerable experience has shaped the South African film Industry and made her sought after amongst independent filmmakers. De Mardt’s career began in the editing department, in the late 70’s which provided a solid foundation in filmic storytelling. Moving to set, she became highly reputable as a Script Supervisor for a period of 10 years on both South African and International productions.

This year Marlow was the South African producer on the Danish feature film film MY SISTER’S KIDS IN AFRICA. Last year she was the co-producer on 419 filmed in Cape Town. She was the SA Producer on the Austrian/ German Television Film ROTE SONNE AFRIKA for DOR Film filmed in Cape Town in 2010. In 2009 she produced THEMBA, the poignant adaptation of Dutch author Lutz van Dijk’s “Crossing the Line”, written and directed by Stefanie Sycholt. Following the theatrical release in South Africa, DO Productions has rolled out a campaign at grass roots level in the form of film screenings and workshops to promote awareness of issues raised in the film, especially those relating to HIV/Aids. To date, more than 10,000 people have participated in this process.

With an affinity for bringing novels to the screen, Marlow also produced the adaptation of Henning Mankel’s KENNEDY’S BRAIN, a 2 x 90 minute event movie produced with Bavaria Films for ARD filmed in South Africa and Mozambique. The film aired in a 180 min spectacular to a record audience across Germany.

In 2006 Marlow was the South African Producer on KÖNIG OTTO, a German television production for broadcaster SAT1, and LUSITANIA – MURDER ON THE ATLANTIC, a UK factual co-production drama for BBC/ Channel 4 and NDR-Germany.

Marlow co-produced the RING OF THE NIBELUNGS aka DARK KINGDOM: THE DRAGON KING, a German, Italian, UK, South African co-production, directed by Uli Edel (JULIUS CAESAR, THE MISTS OF AVALON and LAST EXIT TO BROOKLYN) in 2003/04. This CGI intensive period film marked the highest budget to be completed in South Africa at this time.

In 2000, she co-produced MALUNDE, written and directed by Stefanie Sycholt, which competed in 19 international film festivals and won numerous local and international awards, including the Critics Pick at the Toronto Film Festival. MALUNDE had a theatrical release both in South Africa and Germany and marked the beginning of a creative synergy between filmmaker and producer.

1998 marked DO’s first release of original content in the shape of a thirteen part documentary series produced by Marlow for the SABC. Marlow also produced OPERATION DELTA FORCE V for international distributor Nu Image after a successful collaboration in the series as an Associate Producer.

In 1995 Marlow joined forces with Brigid Olen founding DO Productions. With their extensive experience and tireless devotion, they quickly attracted and facilitated International drama series, features and commercials. In 1997 De Mardt won the International Crystal Award from Women in Film and Television.

In 1989 Marlow production managed SWEET MURDER, produced by Paul Raleigh of Movieworld as well as NAG VAN NEGENTIENDE. This was a defining era in South African cinema. DIE STORIE VAN KLARA VILJEE followed, these were two of the four popular Toron/MNet features.

De Mardt is currently in development on an exciting range of International and South African content. A producer dedicated to story, tireless in her drive to realize powerful independent material and support the emergence of new filmic voices.